In honor of the 50th Super Bowl football contest - the other futbol, if you are reading this anywhere but in the USA - I am sharing these images of Levi's stadium, which was designed using Revit. 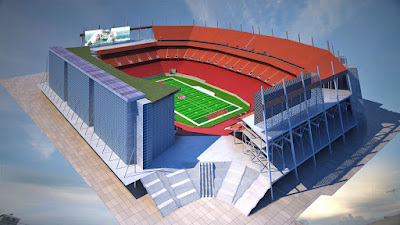 During 2008 I worked as a consultant in the Los Angeles office of HNTB, on several sports venues and aviation projects. This was the project for which I was noticed by recruiters for KEO International Consultants, leading to my current position in Qatar. 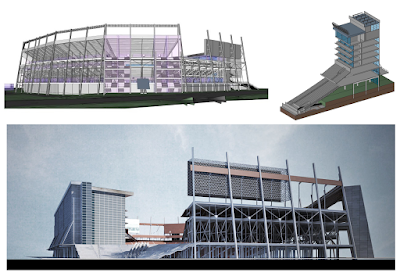 Most of the design work was performed in the main office in Kansas City, Missouri. At the time the Forty-Niners football team was still negotiating with the City of Santa Clara on the location of the complex. The rendered illustrations exhibited here were created by Mike Amaya of MXA Illustration. 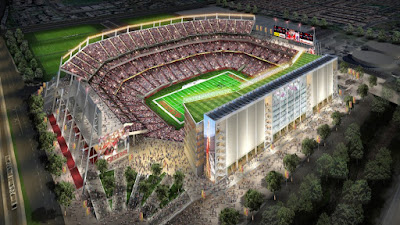 I will be rooting for the Carolina Panthers, the team of Michael Oher, made famous by the Sandra Bullock film "The Blind Side", and against the Denver Broncos, the team of Peyton Manning, who was a nemesis of my favorite college football team, the Florida Gators.
Posted by Allen Jay Holland at 11:42 PM